May 21, 2015
Do your students or children struggle to get out of bed in the morning? Do they complain that they are fatigued during the school week? Many youngsters are up late doing homework, and as a result, they do not get the needed rest. In fact, recent research suggests that insufficient sleep has been shown to cause poor school performance, cognitive and emotional problems, disciplinary problems, sleepiness in classes, and poor attention skills. 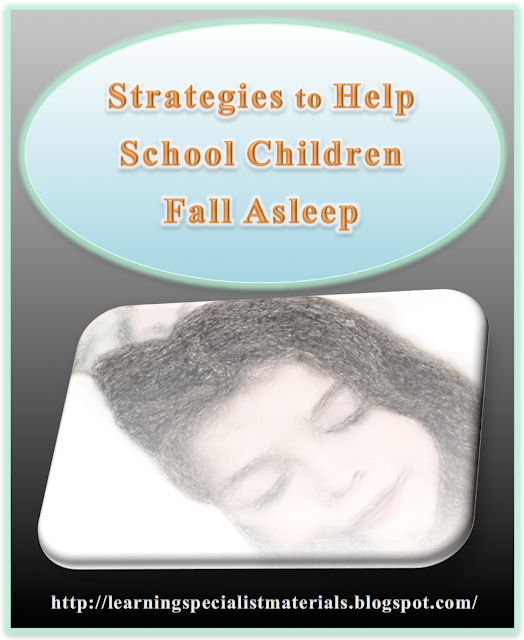 What Does the Recent Research Suggest?
Recent research has revealed an association between insufficient sleep and poorer grades and behaviors in school. In 1998, psychologists Amy R. Wolfson of the College of the Holy Cross, and Mary A. Carskadon of Brown University Medical School surveyed more than 3,000 high-school students and found that those who earned C's, D's and F's had about 25 minutes less sleep and went to bed about 40 minutes later than students who received getting A's and B's. In addition, researchers at the University of Minnesota reported on a study of more than 7,000 high-school students that attended a school district that had switched from a 7:15 a.m. to an 8:40 a.m. start time. When compared to students that maintained earlier start times, those that started later reported more sleep on school nights, feeling more alert during the day, earning improvements in grades and experiencing fewer depressive thoughts and behaviors. Furthermore, in 2009, American and French researchers discovered that events in the brain called “sharp wave ripples” are responsible for consolidating memory. This process transfers learned information from the hippocampus to the neocortex, where long-term memories are stored. Sharp wave ripples occur mostly during the deepest levels of sleep which can be impacted by insufficient sleep. What’s more, Wiggs and Stores research reported in, Sleep Disturbance and Daytime Challenging Behaviors in Children with Severe Learning Disabilities, indicated associations between sleep problems and challenging behaviors. They found that sleep problems were more common in children with severe learning disabilities and that these children were also more likely to show daytime irritability, lethargy and hyperactivity. Finally, according to Backhaus, Junghanns, Born, Hodaus, and Faasch from the University of Luebeck, Luebeck, Germany, lack of sleep is associated with diminished consolidation of declarative memory. In other words, during sleep the brain turns recently learned memories into long-term memory storage, and sleep helps to lock in the learning.

What are Some Strategies to Help Students Get Enough Sleep?
Avoid television or screen time two hours before bed. Research suggests that children who watch TV before bed stay up later and sleep less than children who do not.
Prevent exposure to bright lights two hours before going to sleep. A bright light can disrupt one’s circadian rhythms making it difficult to fall asleep.
Keep your child’s bedroom as dark as possible. Even a night light can disrupt sleeping patterns. Help them to get comfortable with the lights off, or leave a nightlight on until they fall asleep.
Provide children with a pass that is good for one (and only one) trip out of the bedroom after their bedtime. If needed, allow them to earn a reward for compliance after a few days.
Avoid long naps during the day as this can make it difficult to fall asleep in the evening.
Engage in calming activities like meditations, lullabies, affection, and storytelling to help children relax and prepare for sleep.
If your child still has difficulty falling asleep, encourage them to count backwards in their heads from 100.

Clearly, we need to assure that our children get the needed sleep so that they can optimize their learning as well as their physical and emotional wellbeing. If you know of any other strategies, please share them with us.

Cheers, Dr. Erica Warren
Dr. Erica Warren is the author, illustrator, and publisher of multisensory educational materials at Good Sensory Learning and Dyslexia Materials. She is also the director of Learning to Learn and Learning Specialist Courses.

Popular posts from this blog

Why Copying from a Board is Ineffective for Dyslexics

May 09, 2015
Having to take notes by copying from a board or projection while a teacher is lecturing is challenging for any learner, because it requires students to multitask and constantly shift modes of learning. The process demands students to read, listen and write while making sense of the material. However, for students with dyslexia this teaching method can be disastrous. How Has Technology Impacted Note-taking?
Before the rise of educational technology, students used to copy while the teacher wrote on the blackboard, however, with the use of devices such as the Smartboard and software like PowerPoint, the words just magically appear. As a result, many teachers lecture while the students are trying to read and write from the projected image, and what often happens is confusion, shoddy notes, gaps in knowledge, and frustrated learners. But what about students with dyslexia that are also dealing with weaknesses in language processing and memory? According to the British Dyslexia Association, …
Post a Comment
Read more

Do I have dyslexia - Explaining Symptoms and Myths for Kids

February 15, 2017
What do you do when you learn that your child has dyslexia? Should you hide this diagnosis to protect them from labels and misunderstandings, or should you tell them? If you do decide to tell them, how do you do this? Can you help them to overcome any potential fears or misunderstandings? These are the questions that I will answer in this blog that includes kid-friendly graphics. What are the Benefits of Telling Your Child That He or She Has Dyslexia?
Educating your child with dyslexia about the common signs and misconceptions can help them to:
understand that they learn in a different way than other kids that don’t have dyslexia. shed negative labels such as stupid, careless, unmotivated and lazy.correct any misunderstandings.identify with other successful people that have or had dyslexia.acquire the needed intervention and instruction in school.learn that many people with dyslexia have strengths that others do not have. Individuals with dyslexia are often:great at communicating their…
Post a Comment
Read more

November 28, 2014
While reading, tracking across the page from one line to the next can be tricky when the text is small, but for students with dyslexia or weak reading skills, it can be a problem regardless of the font size.  So why is this the case?  Perhaps one of the problems is poor tracking skills.
What Exactly is Tracking? Tracking is the ability for one's eyes to move smoothly across the page from one line of text to another. Tracking difficulties happen when eyes jump backward and forward and struggle to stay on a single line of text.  This results in problems such as word omissions, reversals, eye fatigue, losing your place while reading and most importantly it can impact normal reading development.
Can Tracking be Improved? Tracking can be improved by strengthening eye muscles as well as getting your eyes and brain to work cooperatively.  There are three eye movements that need to be developed:   Fixations: The ability to hold one's eyes steady without moving off a target.Saccades: Th…
Post a Comment
Read more

Click image below to shop at Good Sensory Learning 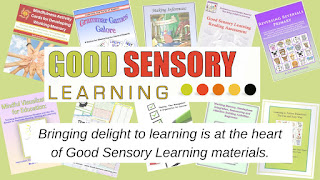 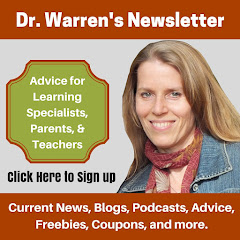 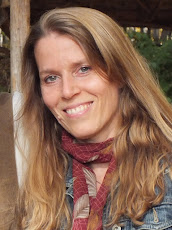 Links to My Products

Click on the images below to go to some of my product pages. 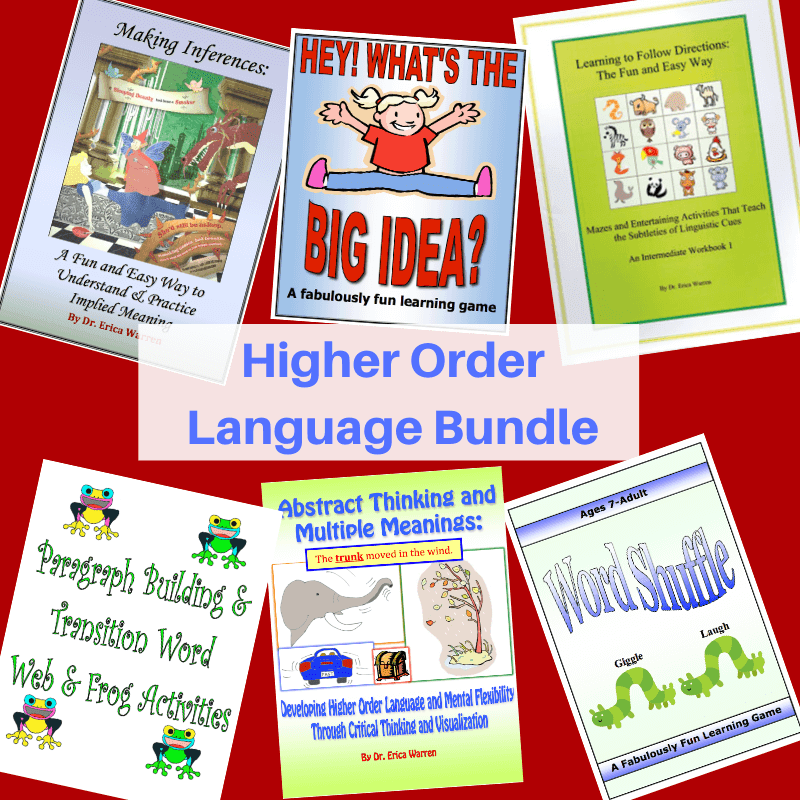 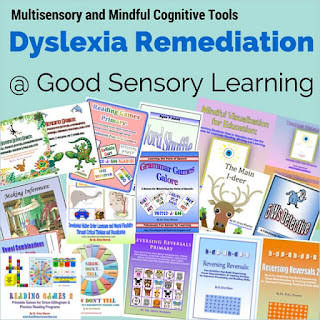 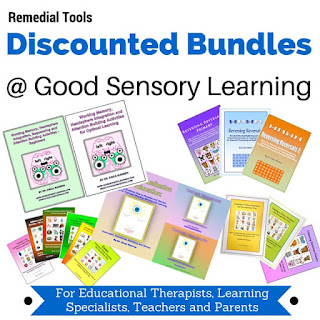 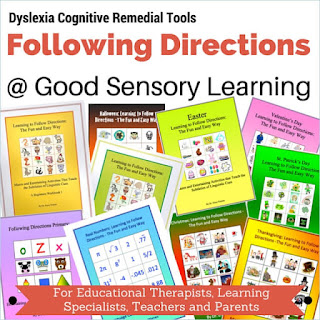 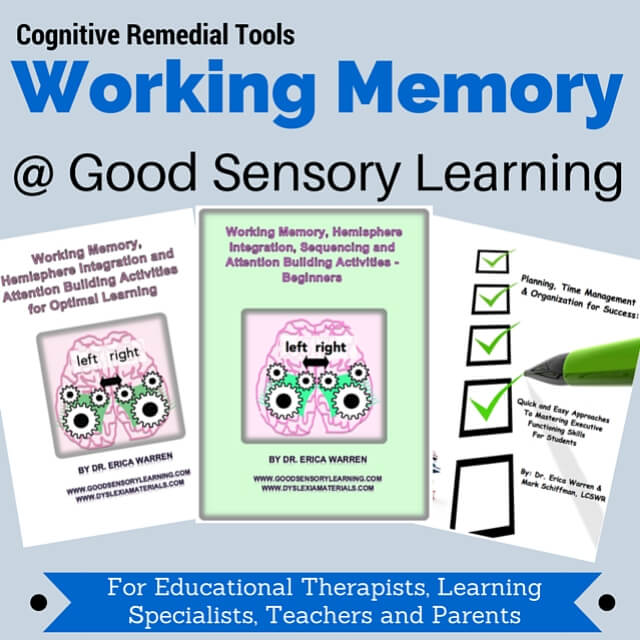 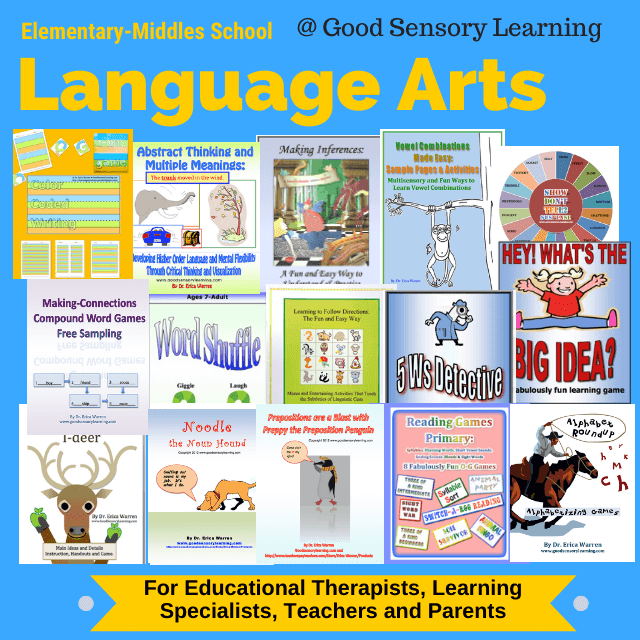 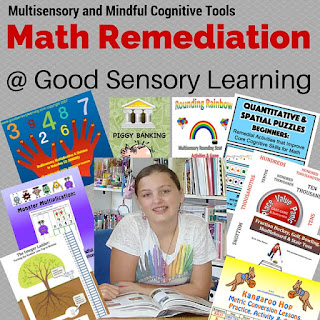 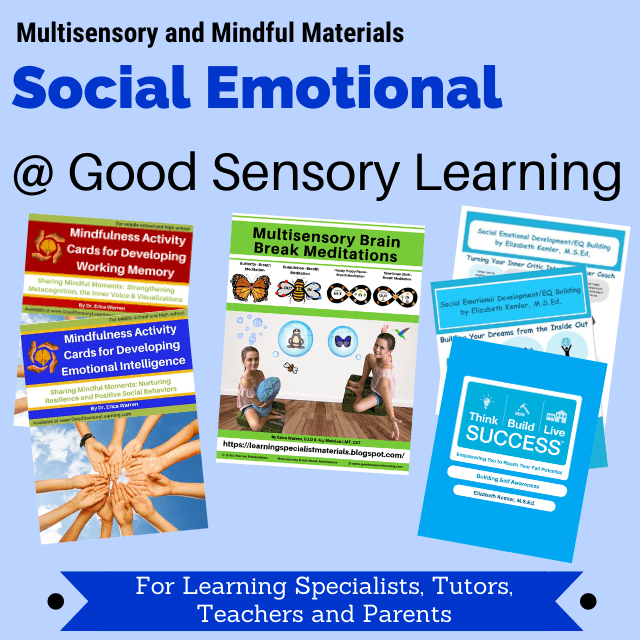 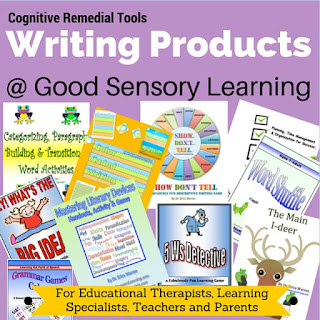 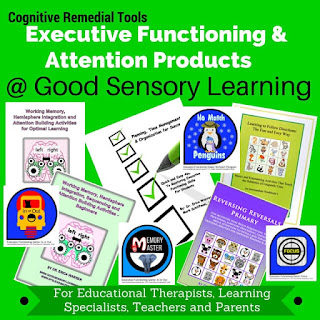 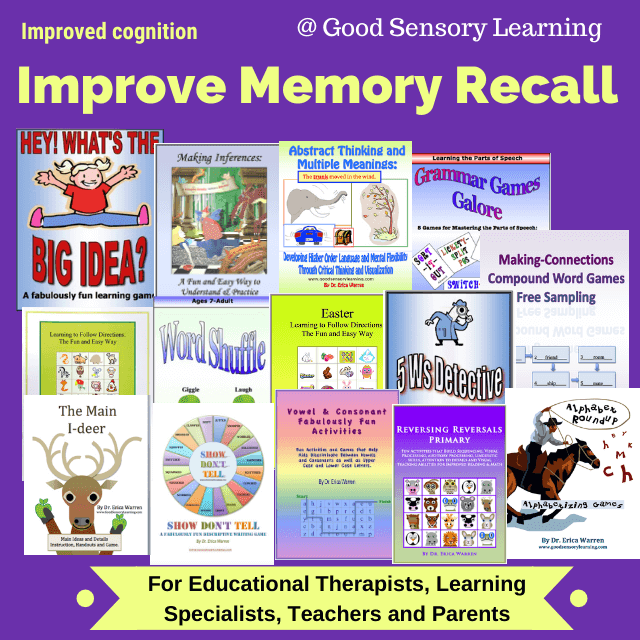 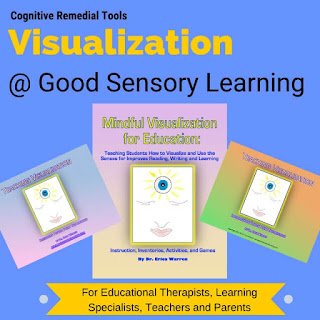 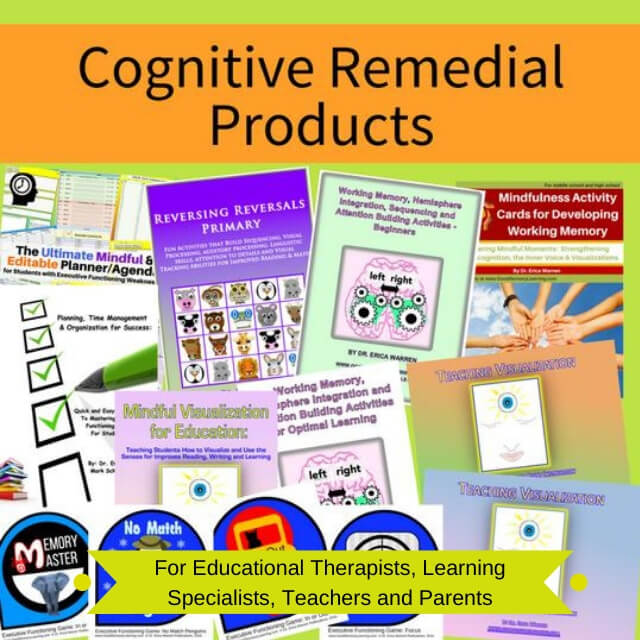 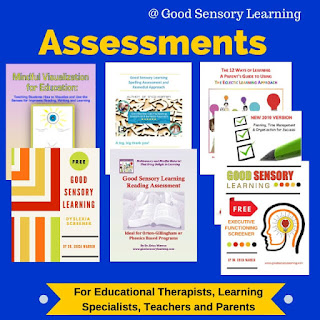 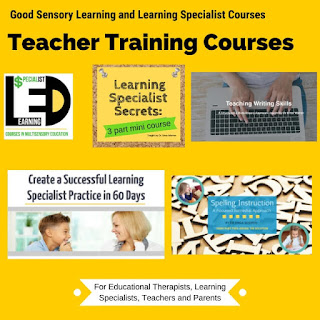 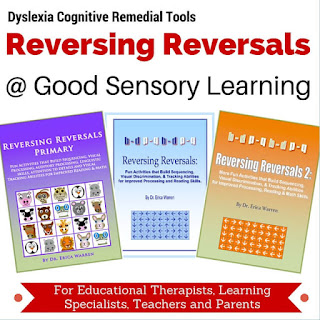 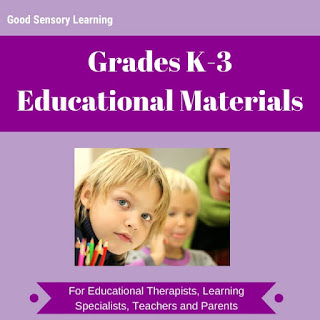 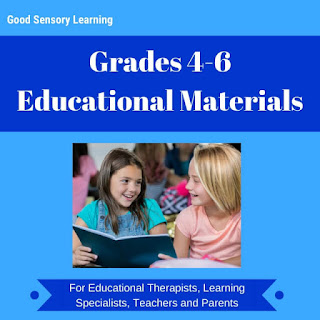 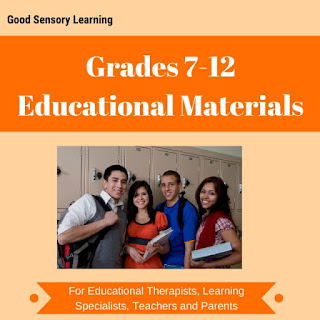 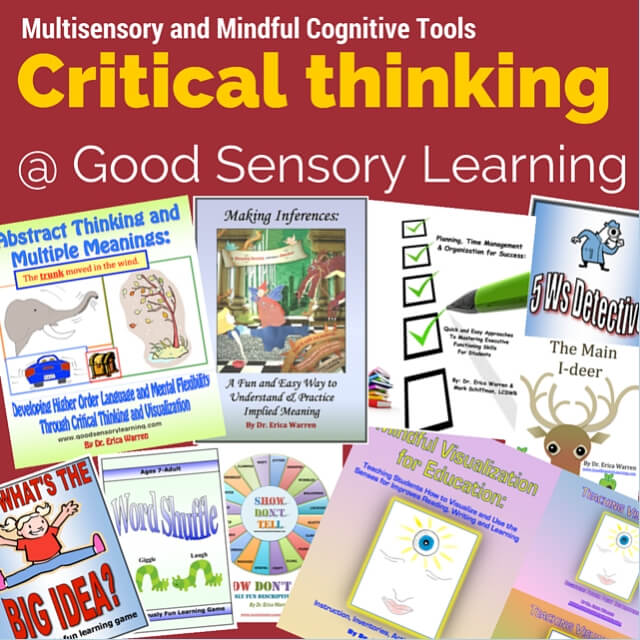 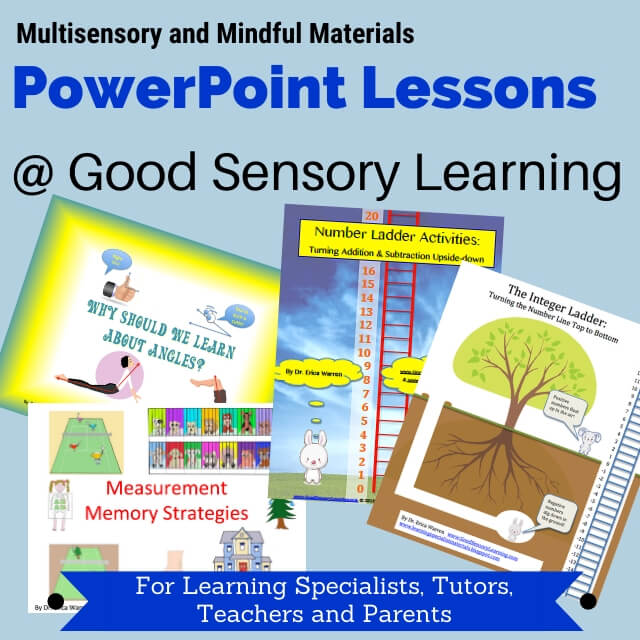